Albufeira Nightlife and The Strip

Where to go at night in Albufeira 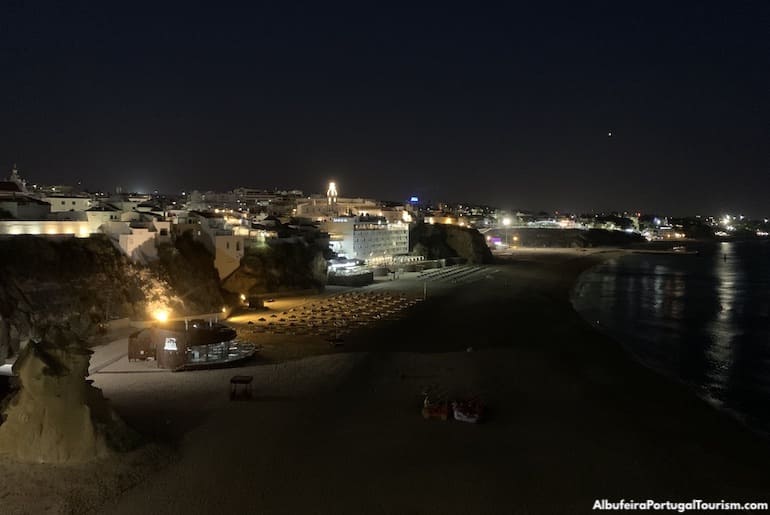 Sure Albufeira has some wonderful beaches, but the reason many young people choose it as their holiday destination is the lively nightlife that lasts until sunrise in the summer. The Old Town (particularly the pedestrianized Rua Cândido dos Reis and the main square, Largo Engenheiro Duarte Pacheco) has a number of bars for all tastes, but the epicenter of all-night partying is Avenida Sá Carneiro, by the beach of Oura. This avenue is better known as “The Strip,” for its neon-lit bars and clubs that make it look like a mini-Las Vegas. It’s a mecca for British tourists celebrating hen and stag parties, and they’re joined by many Irish, Dutch, German and other European party animals. It should be noted that there is often excessive drinking, so if that’s not your scene, you should probably stick to the slightly more subdued Old Town. 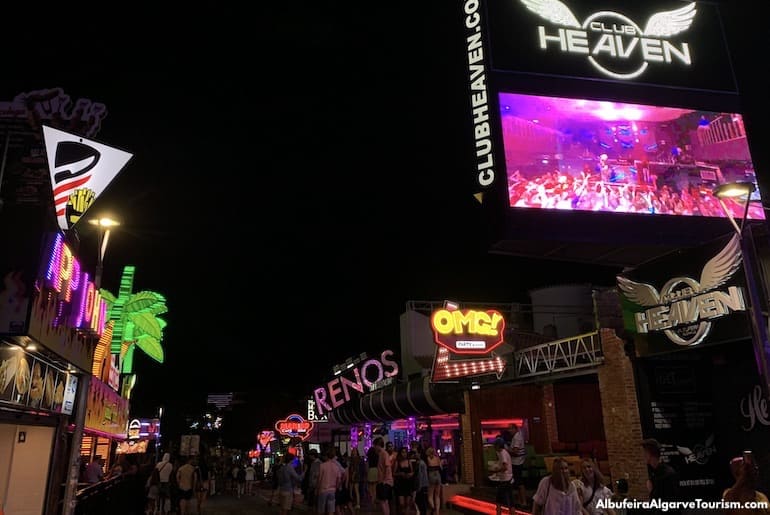 In the Old Town the partying doesn’t last until morning, but also ends quite late. However, it’s much more family-oriented and for all ages. There are pubs with big screens showing sports matches, happy hours, karaoke nights, live music, and other events to attract the many tourists. On “The Strip” there are often international DJs, who usually only join the parties at 1am or 2am!

The legal drinking age in Portugal is 18. However, you’ll find that this law isn’t always enforced, as bars and clubs rarely ask for ID (but do bring one, just in case). The minimum age to get into bars and clubs is 16. Most bars don’t charge admission but most big clubs do. 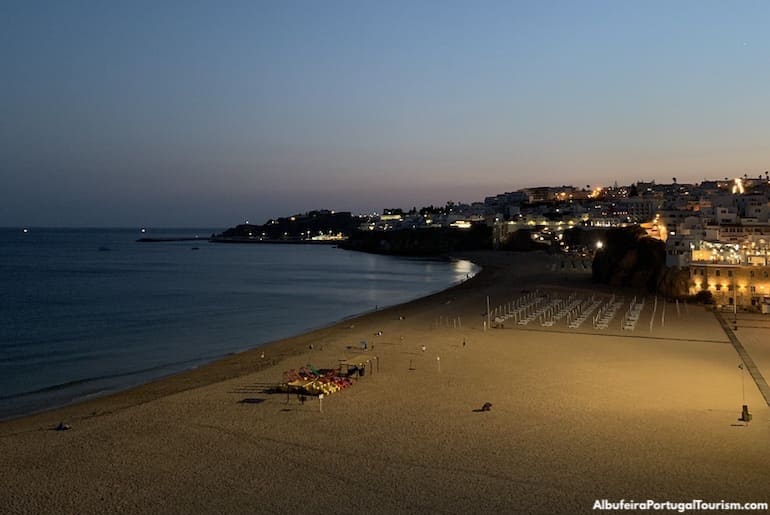 There’s nightlife throughout the year, but July and August are the height of the party season. The big DJ parties are over by the end of September. Naturally, most parties happen on the weekend, but you’ll always find something going on on weekdays.