Map to locate the most popular and secret beaches in Albufeira 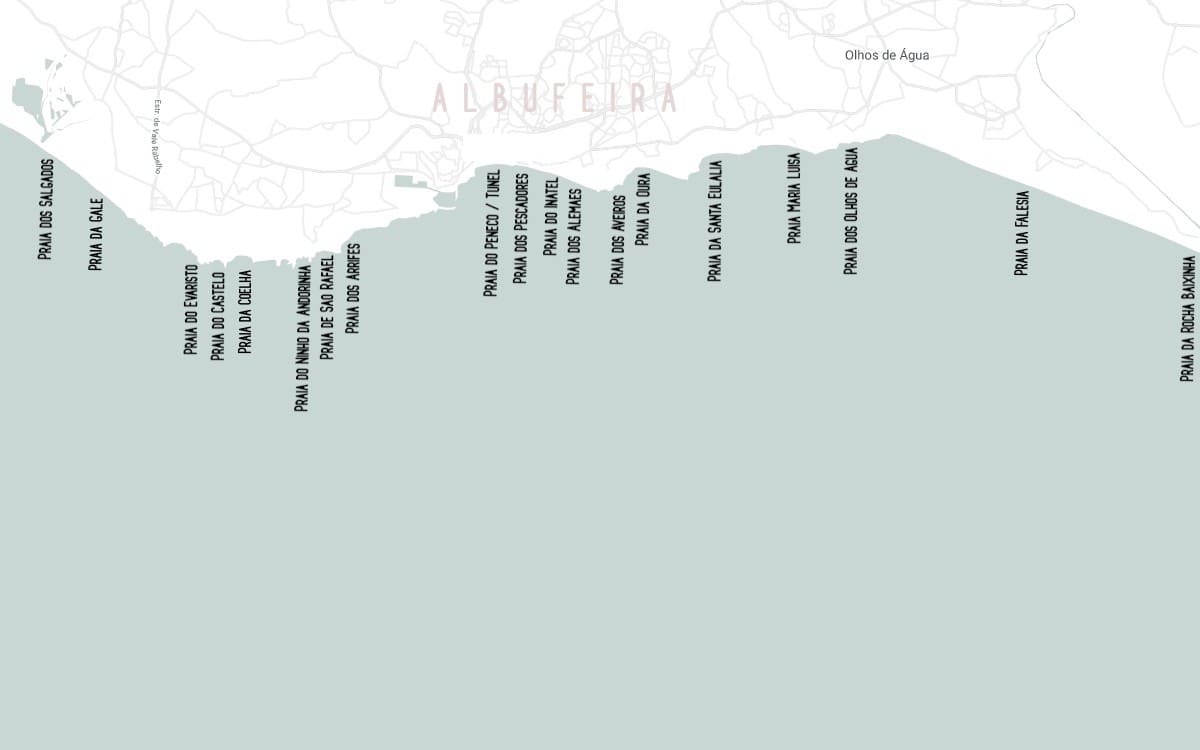 The map above shows the beaches along the coast of Albufeira, from Praia dos Salgados on the border with Armação de Pêra to Praia da Rocha Baixinha by Vilamoura.

The central beaches are those on the continuous stretch of sand that goes from Praia do Peneco to Praia dos Alemães. Those are also the most crowded, mixing tourists and locals. To the east, the beaches of Oura and Santa Eulália also attract many tourists, due to their locations by many hotels and the heart of the Albufeira nightlife. The central beaches are all within walking distance of the Old Town, while to Oura and Santa Eulália you can take a bus.

Praia da Falésia further east is one of the most famous beaches of the Algarve, as is Praia de São Rafael to the west. In between are some smaller but beautiful, or even “secret,” beaches, like Praia dos Arrifes and Praia do Ninho de Andorinha. For these, you’ll need a car or to use Uber.

Hotels by the Beaches in Albufeira