Praia da Coelha beach guide, how to get there and where to stay 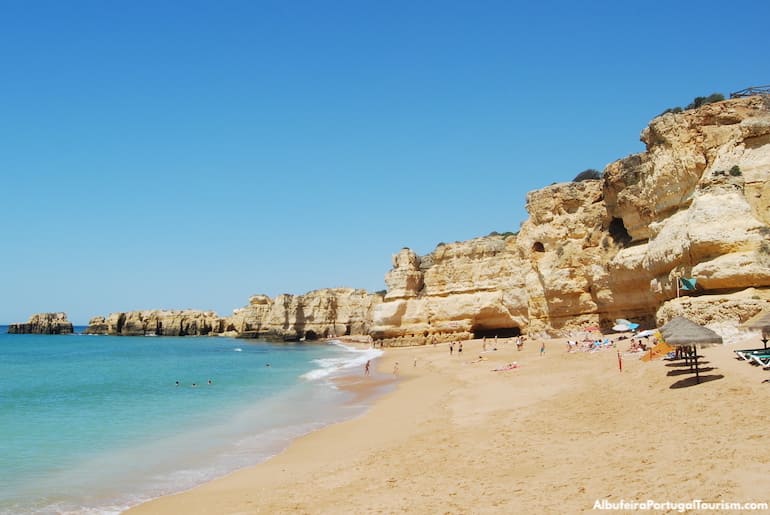 One of Algarve’s most beautiful beaches is hidden between cliffs, located about 5km (3 miles) west of the center of Albufeira. It’s rather small, but never feels too crowded (just avoid it on weekends). It’s mostly frequented by young locals and tourists. 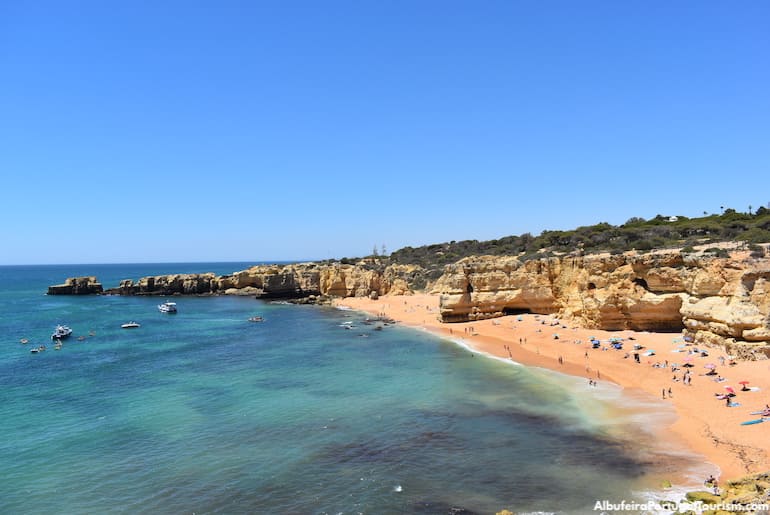 The sand here isn’t as soft as that of other beaches in the region, and there are often shells by the shore. You’ll see people collecting these shells as they walk by the sea and explore the different rock formations and coves.

The name literally means “Beach of the Female Rabbit,” but you won’t see any wild bunnies. There is, however, pristine nature all around you. You’ll want to photograph the views from the cliffs (especially at sunset) -- there are paths at the top, which lead to other beaches. 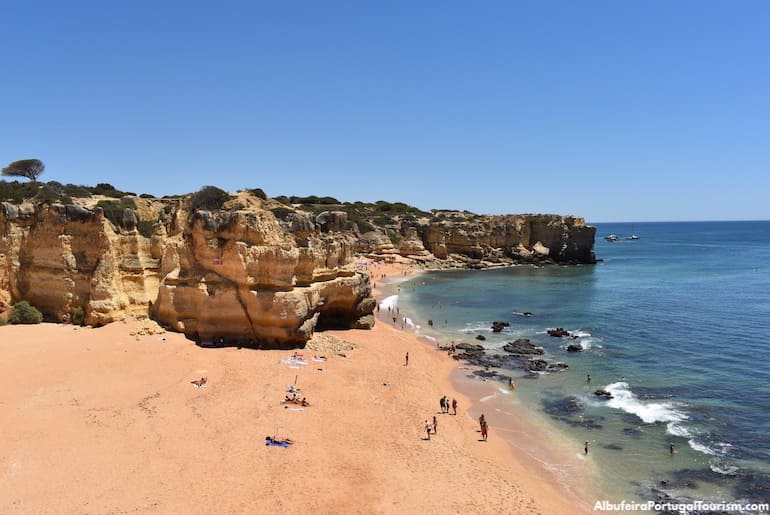 The rocks and cliffs protect it from strong winds, but sunbathers shouldn’t lie directly below them, as there’s always the risk of rockfall. In the summer, a few wicker parasols and loungers are available for rent, and there is lifeguard supervision. 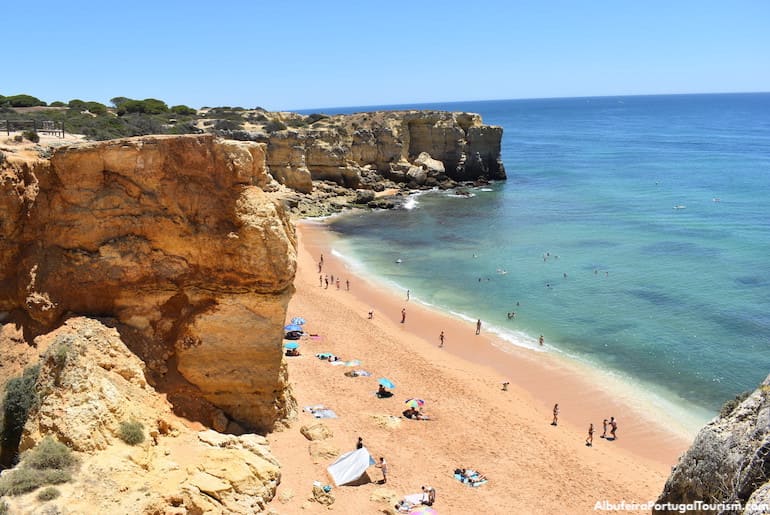 As this is a rather sheltered beach, the water is usually calm enough for swimming and snorkeling. Just watch out for rocks, especially on the western end (to the right, when facing the sea). This is a Blue Flag beach, so you can be sure that the water and the sand are clean and safe.

There’s a restaurant right on the beach. It’s the only place for meals and drinks in the vicinity. Naturally, it specializes in fish and seafood, but also serves light snacks. It faces the sea, and is a good place to relax after a day in the sun.

How to Get to Praia da Coelha


Praia da Coelha is about a 15-minute drive from the center of Albufeira. In the same amount of time, a bus (number 75 of the Vamus company, which departs from Albufeira’s bus station) stops on a road (Estrada das Sesmarias) about a 10-minute walk from the beach, but this is quite an infrequent service, so you’ll want to go by car (or taxi or Uber) instead. From elsewhere in Algarve, take highway A22 and exit on exit 9, in the direction of Albufeira. Take road N395, and at a roundabout turn to road M526 and follow the signs to the beach. There’s a parking lot about 500m from the beach, meaning you still have to walk for almost 10 minutes from there. But it’s a pleasant walk, down a trail with olive trees. Wooden steps then take you down to the beach.


You can walk to Praia do Castelo, to the west, in less than 20 minutes from the parking lot of Praia da Coelha. Also in about 20 minutes, you can find your way to a “secret” beach (Praia do Ninho de Andorinha) to the east. If you’re driving, you can be at the beautiful beach of Arrifes in about 5 minutes, and at Praia do Evaristo in less than 10.
To locate these beaches, see the Albufeira beaches map. 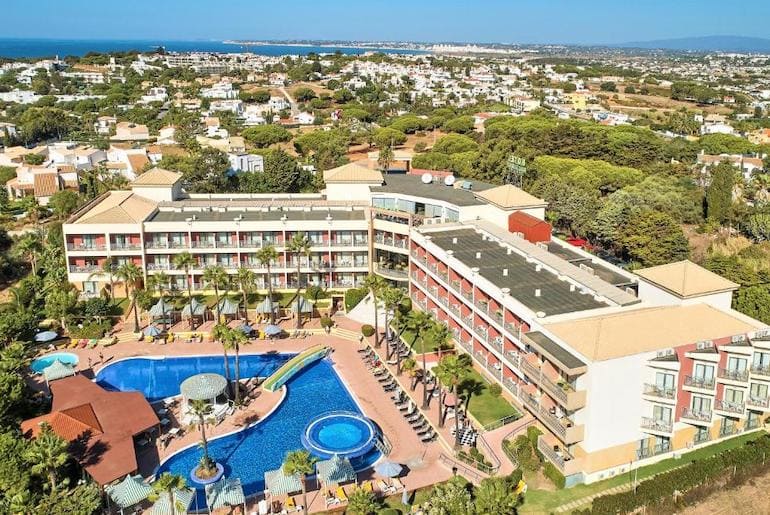 The only hotel by Praia da Coelha is about a 5-minute walk from the beach’s parking lot. Rated four stars, it has rooms with balconies and sea views, a large outdoor pool, an indoor pool, a restaurant and a spa.